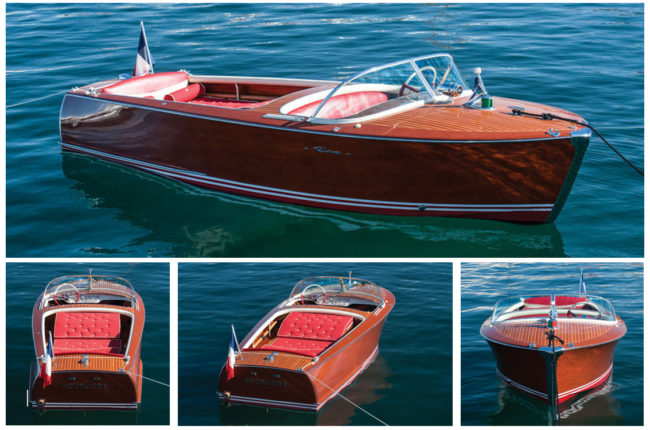 To drum-up a bit of interest in a forthcoming auction, Sotheby’s recently released some new photos of Brigitte Bardot’s 20ft 1959 Riva Florida, Nounours. The name is French for ‘teddy bear’ and it is the boat that she and film-director and husband of the time Roger Vadim frolicked around St Tropez in during the early 1960s.

Despite the urge to follow in the footsteps of pretty much every red-top in the UK, we thought we’d resist the temptation to show off the lines that made its previous owner famous and concentrate on the classic lines of the boat itself, still absolutely stunning.