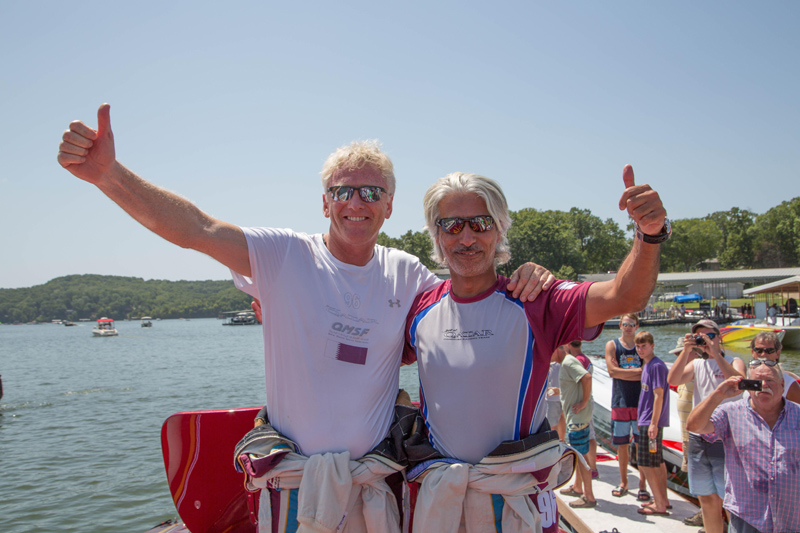 Qatar gives it some gas

Congratulations to Sheikh Hassan Al-Thani and British throttleman Steve Curtis who smashed the existing speed record of 224mph with a speed of 244mph at the 26th Annual Lake of the Ozarks Shootout in central Missouri onboard the 50-foot gas turbine-powered Al Adaa’am 96 built by Mystic Powerboats. “I was confident that we could do it on our second run,” said a delighted Sheikh Hassan. “It was so nice to get it spot on. We had the boat under control all the time. Steve did an awesome job throttling it to the gate. He was on and off the throttles all through the mile run and I actually believe that the boat is capable of even more mph!"

“We were approaching the finish about 230mph and it felt like Steve backed off a little bit because that’s what we wanted to do. Then we started back on and I saw 240 and I’m pretty sure we reached 250 after the gate. That’s one milestone we have achieved with this boat. Now it’s time to go out and relax and look ahead to see what’s next.”